Two growers from Missouri and Canada share their experience using a SoilWarrior and what makes them continue to choose ETS.

The progression of an industry is vital to the growth and continuation of its’ success. This is undoubtedly true in the realm of agriculture. A line in the mission statement of ETS says ‘to provide progressive farmers with an innovative production system.’ A few of our customers have implemented this idea in their operations.

Mike Verdonck of Stell Ag Group is no stranger to this progression. Verdonck took over the family farm in 2001; at this time, they were using a conventional system for tillage. As time passed, they grew their acreage from 1,000 to 2,200 acres. The biggest concern moving forward for Verdonck was receiving a return on their investment. Conventional tillage was not the most efficient for Verdonck, so he was looking for a change. 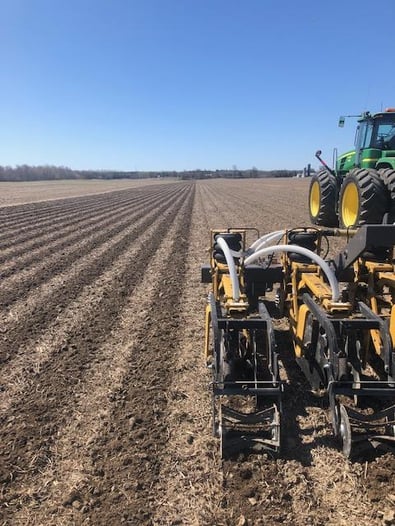 “Conventional tillage took a lot of manpower and fuel, and the results were average,” said Verdonck.

He tried no-till but still was not seeing the results he wanted. He continued searching for something that would work on his operation; strip-till was on the list. Verdonck tried this on a few acres to see what it could do for them.

“We started strip-tilling in 2006, built our own rig, and saw some potential there. We did some more research on units, and it seemed like they worked,” said Verdonck.

Still, on searching for a machine, Verdonck met with other farmers, attended National Strip-Till Conference and the SoilWarrior kept coming up in conversation.

“[We were told] it was more expensive, but it was worth every penny,” said Verdonck.

In 2012, Verdonck purchased their first SoilWarrior. He made a few adjustments to the machine to be more compatible with his land, but after making these changes, he saw the results he wanted.

“We had the efficiency of no-till and the yields of conventional. The numbers brought us into strip-till,” said Verdonck

Verdonck believes there is not another machine on the market that can do what the SoilWarrior does – which is why he continues to utilize his machines. He understands that other machines work well, but when the SoilWarrior can do so much, that’s where it gets the edge.

“It can go through dead covers, living covers, high corn residue, or heavy clay with one pass and do a good job. It’s a heavier machine, but it works well on wider spreads,” said Verdonck.

Verdonck said he enjoys working with the ETS service team when he needs help with his machine. He said he believes no other machine in the market can do what the SoilWarrior does.

“The service techs are always there for you and know what to do and have the answers,” said Verdonck. He said, “the SoilWarriors rarely break. But when you do need parts, they were delivered quickly.” He also mentioned, “You rarely see farmers selling their SoilWarriors. If they trade their strip-till machine, it's for an upgraded SoilWarrior.”

CADA Farms of Missouri tells a similar story. The Kliethermeses primarily grow corn and soybeans and have been incorporating cover crops into their operation for eight years. Transitioning to strip-till was no easy task, but with the potential for decreasing costs, this was intriguing and worth looking into. 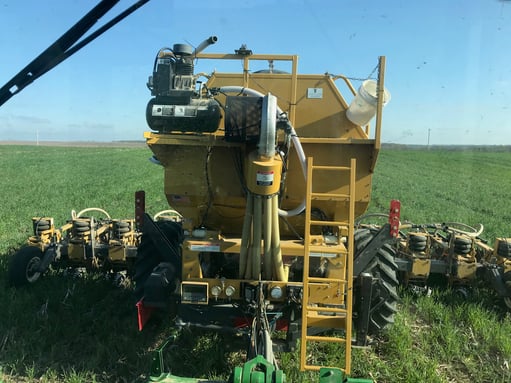 “The idea for cost savings from fertilizer and one less trip across the field,” said Brandon Kliethermes. “I spent some time figuring out what brand would be best and talked to a few strip-tillers that used knife and shank machines.”

The Kliethermeses started researching the idea of strip-till since they already had RTK. After being offered a DemoWarrior in 2017 through the SoilWarrior Rental Program, CADA Farms felt more comfortable when deciding to make their purchase later. Compared to other farms with more acres, this was a significant investment for CADA Farms, and the marketing team working closely with them was beneficial.

The Kliethermeses understand that the initial investment of a SoilWarrior is high, but the benefits they have seen year after year keep them using their machine. It was important for them to find a machine to alleviate costs.

“I think it would be a good investment now, even more so than in the past because of fertilizer prices. I think over time, you’re going to be ahead,” said Sarah Kliethermes. “You can’t make all your changes at once and expect to see the results you want. You’ll have to test what changes you want to make over time.”

Aside from the benefits CADA Farms has seen from using a SoilWarrior, forming a relationship with the service team has been meaningful. Investing in a SoilWarrior took much consideration and guidance, which was another benefit of choosing ETS.

“The SoilWarrior team is knowledgeable because they understand the equipment. That’s the difference,” said Sarah. “They are not willing to give up.”

From the time the idea of the SoilWarrior came to life, Environmental Tillage Systems have done their best to revolutionize their production to meet...
Read More
Read full post: Women SoilWarrior Owners
July 18, 2022

Hear stories from women SoilWarrior owners and how they deliver value to their operations.
Read More