RFD-TV is back with David Hula and Randy Dowdy for the third season of their TV show. What you may know as Next Level Farming has been renamed to Total Acre. ETS sat down with Rick Patton, VP of Sales & Marketing at Rural Media Group, to learn more about what we can expect this season.

"For season three, they have expanded the number of farmers and the farms featured in the show," said Patton. The first season of Next Level Farming, now Total Acre, primarily featured Mickey Gottsch's farm in Nebraska, David Hula's farm in Virginia, and Randy Dowdy's farm in Georgia. "Last year, we introduced Terry Wellmann up in Minnesota. In season three, eight to ten other farms that are part of the Total Acre farming system will be featured. It's a bit broader representation of different farms and geographies," explained Patton. 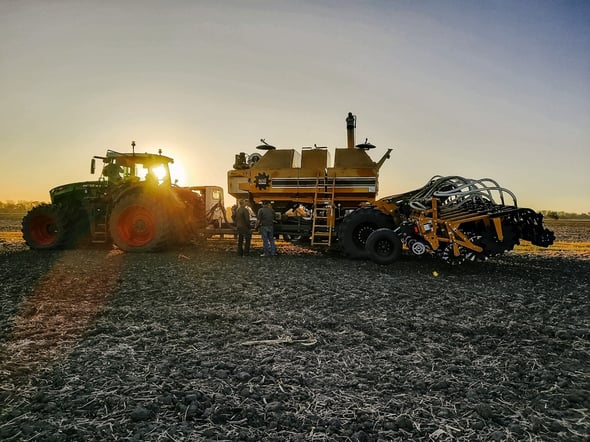 We asked Rick what viewers can expect with the new name and a new season.

Viewers will be able to see the results of where the Gottsch farm is from a production standpoint today compared to three years ago. "This will be the third crop on Mickey's farm that has utilized David and Randy's input. So, we're starting to see those results, including the benefits of the zone tillage and cover crops," said Patton.

Most importantly, viewers can still expect David and Randy's farms to be featured on the show.

Total Acre is a business that Randy and David started to promote some of the agronomic principles they use on their farms. Their business includes education, information, training sessions, and networking. "The [Total Acre] TV show is an extension of their business. At the heart of this show is what they do on their farms and how they incorporate mapping, agronomic solutions, etc.," said Patton.

David and Randy are both champion yield growers. They promote not only high yields but also economics. "It's not just about how much you grow, but how efficiently you grow and what you put into the bank," explained Patton.

"They are sharing those principles throughout their network of farmers. That's the genesis of the show. It's sharing the economic principles they've incorporated in their farms," continued Patton. 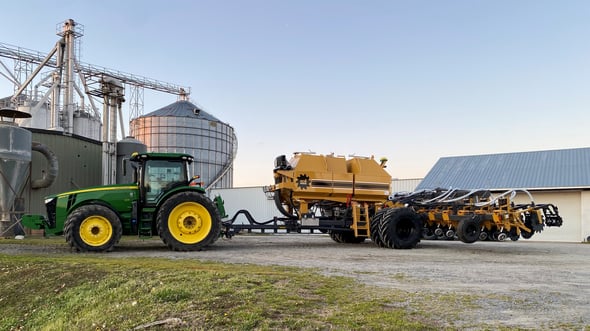 So, what can viewers expect from the new farmers on the show? Patton said, "These guys are currently followers of Randy and David. As members of the Total Acre program, they utilize some of the agronomic tips and practices that Randy and David shared." Viewers will learn about the farmers' results and see how new ideas and concepts have transformed farms.

Another part of this show will focus on these farmers' lives. Patton said, "It's a combination of the business side, as well as the human side." Audiences can expect to learn about the legacy and lives of those behind their food.

"What David and Randy want people to take away with is an understanding that there is more than one way to do something," explained Patton. "It's not always about the highest yield but economics and keeping the farm going. So how do you find that happy medium between increasing your yields and increasing your efficiency while at the same time making more profit? That's what they're trying to do."

Networking is an essential component of Total Acre. Patton said, "The other thing Randy is big on is the sharing and networking component of getting these farmers from around the country in a room, online, or in training sessions to learn from each other." 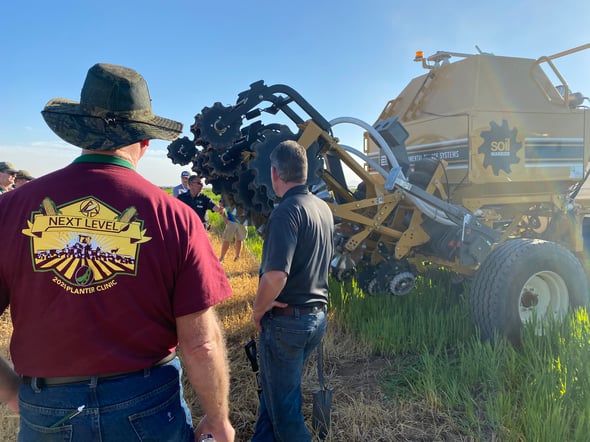 The first episode of Total Acre season 3 launches on October 6. Viewers can watch the RFD-TV show every Thursday at 9 pm ET, and every Saturday at 3 pm ET, on Direct TV, Dish Network, or your local cable provider. Subscribers can also watch RFD-TV on demand on the app. 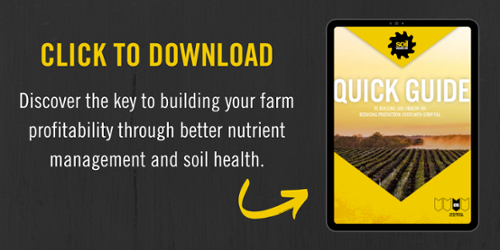 Brian Ryberg may be a relative newcomer to strip-till, but you’d be hard pressed to find a farmer more committed to it. Ryberg Farms near Buffalo...
Read More
Read full post: Get Your SoilWarrior Field-Ready with These Simple Steps
October 5, 2022

Get Your SoilWarrior Field-Ready with These Simple Steps

Technology doesn’t have to be your enemy. Conducting pre-season technology checks can save you time when it's “go time”. ETS Precision Ag Specialist,...
Read More
Read full post: 10 Commandments of Strip-Till
October 5, 2022

Although some areas are still experiencing cooler temps and plenty of rainfall, planting season is officially upon us. At Environmental Tillage...
Read More