From pricing, to technology, to marketing your business and building strong customer relationships, Luke Koffman from southern WI shares his journey to building a successful custom strip-till business.

A small-town Wisconsin farmer took the leap to transition his operation from conventional tillage to strip-till in the spring of 2018. He began renting a SoilWarrior through the Environmental Tillage System Rental Program and by the fall, he was purchasing his own SoilWarrior. For Luke Koffman, a third-generation dairy farmer from Eden, WI, the decision to convert to strip-tillage was easy: there were so many benefits. Between he and his dad, Ed, they split the roles of their farm. Ed provides for the cows while Luke takes care of the crops. With a smaller operation, buying a SoilWarrior would be a large investment, but a worthwhile one to begin offering custom strip-till services in their area. 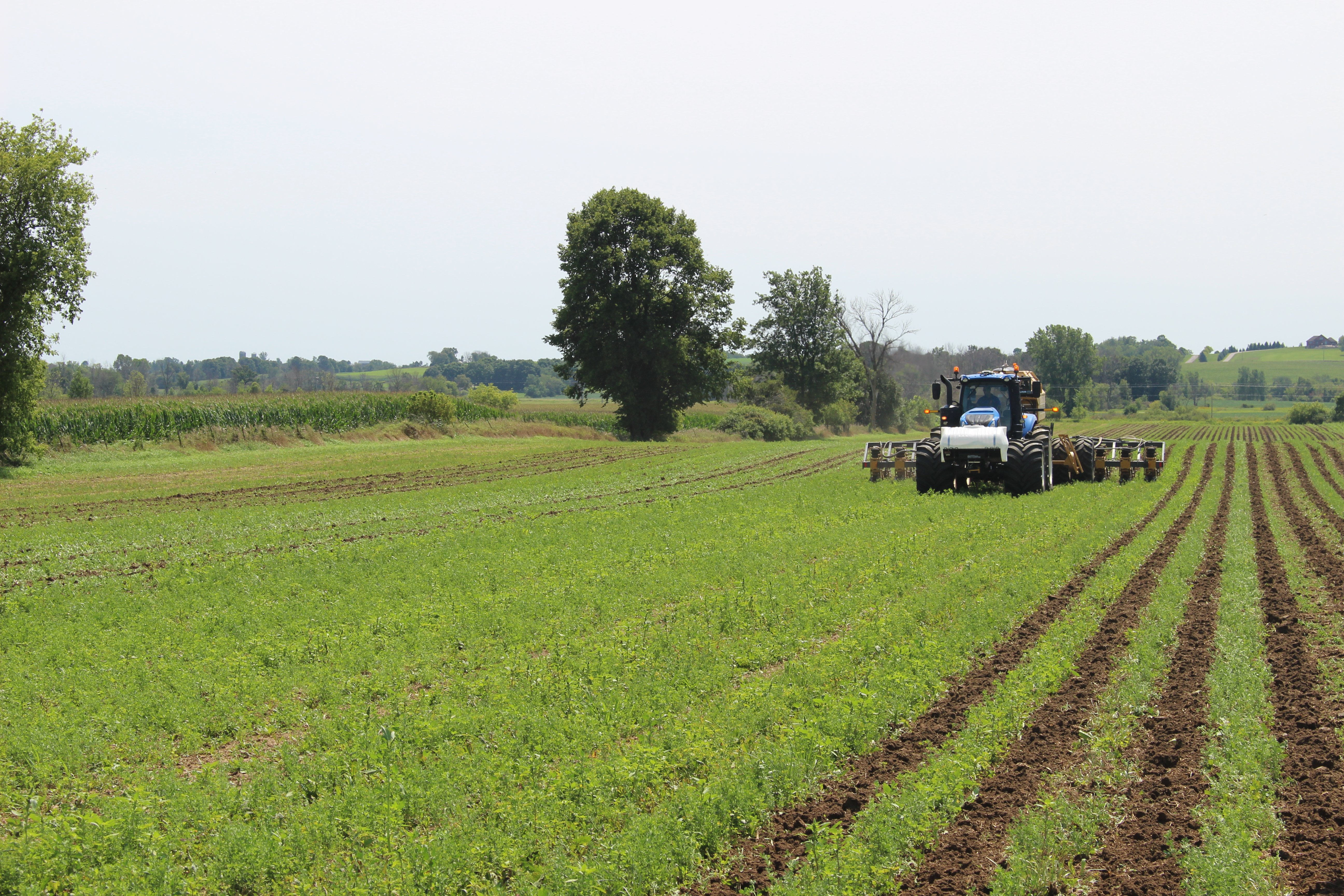 “The custom strip-till was always a part of the plan. Dad and I only have a 300-hundred-acre operation. The SoilWarrior, the Cadillac of the strip-tillage community,” he said with a big chuckle, “came with an associated name brand price tag, so it made sense to do custom work, too.”

His original business plan was just for the Fond Du Lac County and surrounding areas. Due to a large dairy farm population, many local growers were hesitant to convert because of manure management issues. It put a damper on his business plans, so he decided to extend his business into Illinois.

“After not picking up much work around here, in the spring of 2019, I thought to myself ‘if I could go do anything I wanted to, anywhere I wanted to, I would go strip-till the flattest, blackest, most fertile soil on the planet.’ I changed the business model to include the Ivesdale, Illinois location as part of it,” he added. “It works out better down there, where the farms are between 1,200-to-1,500-acre operations.”

When it came to considering the transition to strip-till and the machine to do it with, there were a list of things Koffman could rattle off as to why this change, to not only his operation, but for his customers, would be a huge benefit. “When I first began considering strip-till, my thought was towards the mechanical side of things,” Koffman said. “The first thought was ‘why till all of the ground when you could pull an implement that is twice as wide, that would cover acres faster, with the same horsepower, or you could get a smaller tractor and implement and save on capital costs.’ That was my initial interest into strip-till. Then, I came across all the biological and soil health benefits. Originally, my primary interests was as simple as fuel savings.”

Koffman used Dave Sender, ETS Regional Sales Manager for Wisconsin, as a resource to help choose the best SoilWarrior for his operation. He also relied on Dave to help him adjust to the learning curves that come with transitioning an operation to strip-till.

“As far as the machine goes, the stainless-steel meter body keeps fertilizer from rotting that out; that component is very important. I like the fact that both bins and the toolbar are located on the same cart. It makes it very maneuverable. Some of the fields I’ve got at home are tight corners and side slopes. It is great to have everything on one axle. It is quite convenient for me. It’s very well built, quite serviceable, the row units are greaseable which should increase the longevity of the whole machine; it’s built heavy,” said Koffman. “The support staff behind it seems to be pretty good. You make a call, and somebody knows what’s going on.”

Koffman decided to purchase a SoilWarrior dual bin HD Cart 4530 SXD with the addition of a Gandy Orbit Air Seeder. Adding the Gandy box to his machine has given him the ability to seed cover crops for customers either in or between the zones. Koffman has a few types of technologies on his machine that he thinks benefit his business more than others. They give him leverage to work in different conditions and guidance fields.

First of all, Koffman emphasizes that RTK is a must. “If you have a 12-row strip-till machine and a guy is planting 16, or if you have a 16-row and a guy is planting 24, it’ll help for the zones and the planter to line up. I have Ag Leader SMS software, which allows me to convert, then follow growers guidance lines, whether they are green, red, blue or Trimble. It would be of great value if you can have the strip-till tractor and the planting tractor running on the same lines to be as perfect as possible.”

When it comes to running a successful custom strip-tillage business, Koffman focuses on pricing, technology, marketing his business and building strong relationships with his customers.

“I came up pricing I have based on my target customers. I based my price off the fuel, time and horsepower requirements for replacing a disc ripper. Comparing it to conventional tillage, certain parts were washes, but it gives them the ability to place fertilizer. They will benefit from that better nutrient placement as well as the soil health benefit,” Koffman said. “I set my rate depending on if I am running to just till a zone, to incorporate fertilizer in the zone, or to also add a cover crop. Those rates increase based on what is involved. I don’t charge anything for variable rates because it doesn’t take me more than ten minutes.”

As far as marketing a custom strip-till business, Koffman has focused on proving that the SoilWarrior works. To drum up business in his first year, Koffman offered 40 free acres to potential customers.

“They would pay for the fuel, so I am not losing money on the deal. I figured that was the cost I was willing to eat to get the word out there. I was confident that if they tried it, they would be happy enough to pay me to continue to custom strip-till their fields.” In addition to RTK, Koffman utilizes LSW tire technology. “The tractor also has a central tire inflation system. The tire set up gives me traction to make the most out the available window of opportunity, to go out and get it done. I myself do not have active implement guidance on the SoilWarrior. For the bulk of my custom acres, I am running on flat ground. It would make more sense if I was more often running on slopes and hills.”

Since moving his operation into Illinois, Koffman has built up his trust with not only his customers, but with the two local co-ops he works with down there. It makes running his business a lot smoother. For the fertilizer aspect of his operation, he works directly with the co-ops, with the permission of the grower, to make it easier to communicate. He calls the co-op to have them tender the fertilizer and have a truck on the side of the field to refill.

“In the last couple years, strip-till seems to be catching on like wildfire. I was talking with an agronomist at a local co-op down there. He is predicting a huge shift in the way farmers are running their operations,” said Koffman.

Word of mouth is really important for Koffman’s business. “That one neighbor talks about strip-tillage and how it worked for him, the next farmer will want to try it. Farmers are competitive,” he said.

With the growth of RFS in the last few seasons, Koffman is not only hopeful for the future of his business, but for the future of strip-till in general. “One of the most rewarding parts of working with growers and providing custom strip-tillage, is helping them better their operation. I did 400 acres for a customer last year, and now this fall they just bought their own strip-till rig. Part of my business model, and where I get my satisfaction, even though I lost a customer, is that I helped convert someone to farm just a little bit better and be a bit more profitable.” 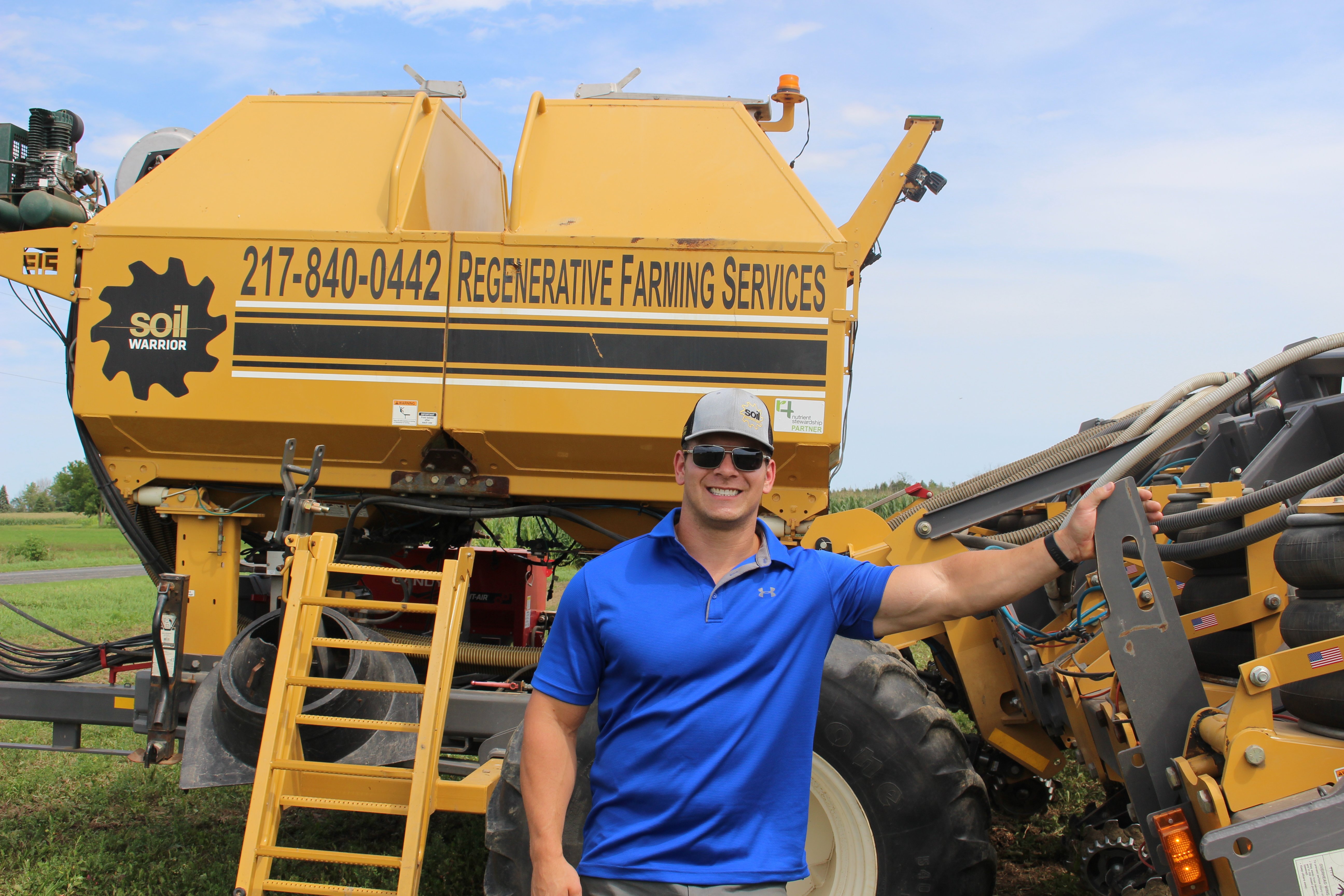 Harvest is more than just a time for hard work, it's also an opportunity to be thankful for the blessings in our lives. We have a lot to be grateful...
Read More
Read full post: SoilWarrior + a U-Pick = Minimal Disturbance
September 28, 2021

With the help of a SoilWarrior, Danielle Thomas was able to efficiently grow her U-Pick business.
Read More