Adding a SoilWarrior to your operation is a beneficial move. For two Minnesota Farmers, they decided to make the change to strip-tillage in an unconventional way. Both Justin Krell and Mike Trom dreamt of adding a SoilWarrior to each of their farming operations, but they weren’t sure how that wish would come true. 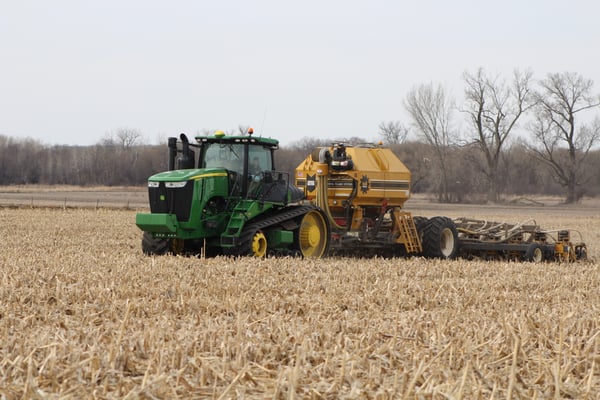 Justin Krell of Blooming Prairie, MN, wanted to begin strip-tilling in 2015 and was hoping he could do that with a SoilWarrior. “Strip-tilling allows me to be more efficient and have better time management. When I began looking for a machine, the design of the SoilWarrior and its coulter system versus shank system caught my attention.” However, Krell did not have a large enough tractor to pull a SoilWarrior, nor did he have enough acres to justify the capital investment.

Mike Trom, also from Blooming Prairie, MN, runs a corn and soybean operation. He was eager for a change. “For us, v-ripping wasn’t working, and cultivation was still keeping the ground six inches down muddy,” explained Trom. “We weren’t seeing any increase in yields, and we wanted to cut costs and time.”

While researching what his operation could do to change, he started to consider the benefits provided by a SoilWarrior. “The SoilWarrior was shown to cut energy and time. It also was making a consistent seed bed,” he said. It had just what Trom was looking for, and he was ready to make an equipment investment. However, like Krell, he didn’t have the horsepower to pull a SoilWarrior.

Trom and Krell teamed up and began the search for a tractor. Trom discussed this problem with his ETS Regional Sales Manager, Dave Sender, who had an idea. One of Trom's neighbors was thinking about trying strip-till but wasn't sure it would work for their operation. Dave suggested that Trom talk with his neighbor and see if they could work out a deal that included the use of a tractor and custom strip-till. That is when everything came together. With a tractor secured and custom acres scheduled, Trom was able to purchase a SoilWarrior. 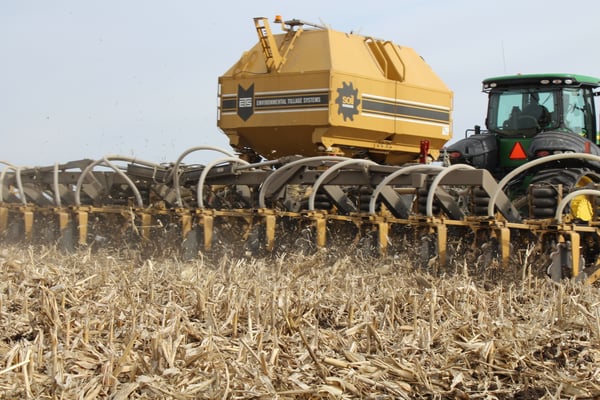 After the first season, each farmer could see improvements in both their soil and their pocket books. Trom mentioned what the machine has done for his operation. “The SoilWarrior has reduced our input costs. Instead of making three passes across the field, we are only making one.”

With a few SoilWarrior seasons under his belt, the benefits are impressive to Krell. “We are managing cost better, the fuel bill is down, our application time is down, and our soil health and overall structure is better,” Krell said. “If we get a half inch of rain at night, I can go out the next day and be spraying in the afternoon.”

Purchasing a SoilWarrior is a big step, but becoming more and more comfortable with the machine can simplify the process. “If you know someone that has one, have them do some custom work, or get in contact with ETS, but it doesn’t hurt to give it a shot,” said Trom. “I do custom strip-till for three other farms, and there has to be the trust there because that is your farm and your income.” Krell would offer similar advice to someone considering strip-tillage. “One of the biggest things is to find a way to try it. You need to step out of the box.” Creative thinking and networking allowed Trom and Krell to experience the benefits of strip-tillage and nutrient placement. Sometimes you don't have to have it all, to have it all.