Farmers in the U.S. and Canada have successfully used the SoilWarrior for years to grow healthy, productive crops while protecting their soil. But farmers aren’t the only ones putting its technology to the test. Public and private researchers across the U.S. are also taking advantage of its compact counterpart – the PlotWarrior – to test the benefits of strip-tillage.

Clayton Stufflebeam is Beck’s Hybrids Practical Farm Research (PFR) operations lead for Central Illinois. He says Beck's has been testing strip-till for six years at their Downs, Illinois location, as well as five other sites in Illinois, Indiana, Ohio, and Kentucky.

“We test all forms of tillage,” Stufflebeam says. “We feel that there are pros and cons to each system and we try to determine those. With a zone-till system we can make the perfect environment for planting without tilling the whole field. We can also incorporate nitrogen and fertilizer and plant the corn directly over the strip for maximum uptake.” 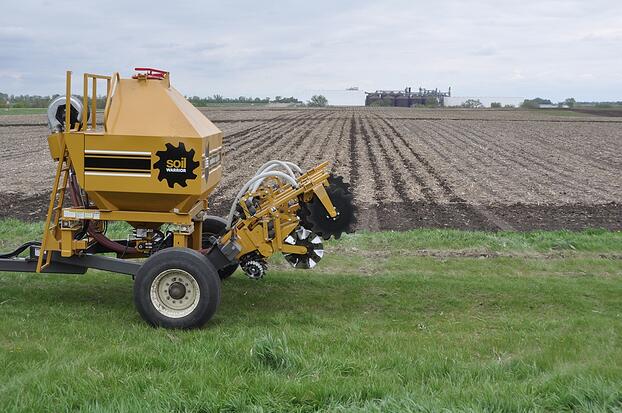 Beck’s has used a PlotWarrior for the past two years to conduct their zone till trials. While the corn yields have been slightly lower than with the conventional tillage practiced in the region, there are other benefits. “We have seen less soil erosion. Typically we only make one pass, usually in the fall, so we aren’t overworking the ground. From a soil structure standpoint this is a very good thing,” Stufflebeam adds.

Stufflebeam says the PlotWarrior has worked well for their PFR testing and they expect to use it for more of their research in the future.

Jodi DeJong-Hughes has been conducting tillage research for more than a decade for the University of Minnesota Extension. She says zone tillage draws interest as farmers look to increase productivity while maintaining crop residue. She has years of research that supports strip-tillage as a viable option for modern agriculture.

DeJong-Hughes likes the versatility of the PlotWarrior because it can be used with coulters or shanks, it prepares a good seed bed and delivers nutrients right where they can be best utilized by crops, all in one pass. “To me that’s a win,” she says. “We spent less, kept yields, and have more residue left to keep from losing topsoil.”

“We started this program a few years ago because it’s important for farmers to be able to compare third-party research results and see how crops respond to different tillage practices in a variety of soil types,” explains Kevin Born, ETS CEO who has a background in agronomy and also farms. “Farmers are influenced to look at yields first when it comes to a crop’s success. Zone tillage requires farmers to think differently. It’s not always going to result in higher yields, but it will reduce input costs, keep topsoil in place, use fertilizer efficiently, and build soil health. In the end, it has to be about net profit per acre. With zone tillage they’re money ahead.”

Today, ETS provides PlotWarriors to univiersities and businesses like Purdue, North Dakota State University, and Plains Grain & Agronomy. We would like your help expanding the program. Contact us if you or someone in your area may be interested in conducting strip-till research with the PlotWarrior.

The photo below was taken in July 2014 at Plains Grain & Agronomy in Enderlin, North Dakota. It shows the difference between corn plants in soil with conventional tillage methods (right) and strip-tillage with the PlotWarrior (left). 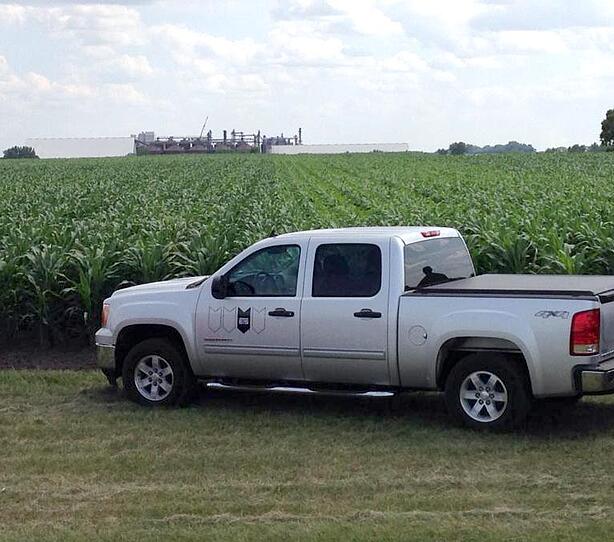 Dave Delhotal was surprised to hear the lengths some strip-till farmers were going to in order to successfully manage the crop residue on their...
Read More
Read full post: Iowa Farmer Researches Economic Advantages of Strip-Till
March 26, 2015

Nathan Legler is a farmer who is not afraid to think differently. Where most people see problems, he sees opportunities to gain new experiences. “I...
Read More
Read full post: Keys to Building a Successful Custom Strip-Till Business
March 26, 2015

From pricing, to technology, to marketing your business and building strong customer relationships, Luke Koffman from southern WI shares his journey...
Read More